Analysis of Fireball Over Washington and British Columbia 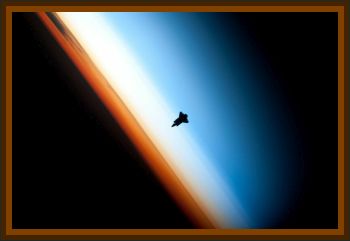 Based on initial suspicions concerning the fireball that passed over Washington State and British Columbia at approximately 2:07 p.m. Pacific Daylight Time, Peter Davenport decided to perform at least a cursory examination of the available data.

His hope was to be able to establish whether the event was consistent with a typical meteoritic event, at least in gross terms, or whether it might have exhibited characteristics, which are inconsistent with such an event.

Initial suspicion was aroused by the following aspects of the event:

1) Several of the witnesses in the Seattle area reported that the object, and the manner in which it moved across the sky, seemed unusual to them, not like a meteor.

2) One of the witnesses in Aldergrove, B.C., reported that the object appeared to be below the cloud layer, which would be inconsistent with most meteoritic events.

Given how dramatic the event apparently was, it seemed illogical that the camera would not have recorded the event, had it been a typical meteor or bolide, at an assumed altitude measured in tens of miles.

In a subsequent communication, the operator of the camera indicates that the clouds to the west of the camera’s location were almost solid. He reports, too, that a second inspection of his tape for the time period of the event, again, revealed nothing.

4) None of the witnesses reported a sonic boom, or any audible sound.

Because the National UFO Reporting Center, NUFORC, had been contacted by several witnesses to the event who reside in the Seattle area, Davenport felt that at least a preliminary collection of on site, eyewitness data could be collected, and analyzed, with a minimum of effort. Hence, on Wednesday, May 03, he contacted Mr. Robert B. Frost, a retired, 40 years, senior engineer, from Boeing Military to request his assistance in an investigation.

Mr. Frost consented to participate in the investigation, and he and Davenport met on Thursday, May 04, with two witnesses, from whom they collected sighting data.

Both instruments provided by Mr. Frost.

Bob Frost, serving as principal investigator in the case, took the readings and read them to Davenport, who recorded them. Mr. Frost performed calculations on the data and communicated them to Peter Davenport, who prepared a draft of this document. The draft was submitted to Bob Frost for final proof reading and any final amendments

The witness described the object observed as being extremely bright, generally white in color, and somewhat oval in shape, with a distinctly convex dorsal side, and generally flat ventral side. She estimated its apparent size to be approximately a major fraction of the width of her thumbnail, held at arm's length, and viewed with one eye closed.

She stated that the object was moving generally from her right to left, as she faced east. The object passed behind tall conifer trees to the east of her position, which apparently assisted her in estimating the object's apparent position in the sky, both azimuth and elevation, at the time of her sighting. The witness indicated that the sky was clear, with no clouds evident.

Witness estimated she observed the object for approximately 2 seconds. She lost sight of the object as it passed behind trees.

WITNESS #2: Male, early 20's. Resides in Northgate area of Seattle, approximately 1 to 2 miles northeast of Northgate Shopping Center, which is located just east of I-5.

Witness described the object as being extremely bright, generally white in color, seemingly round in shape, with perhaps a greenish tint to its fringe. He estimated its apparent size as being equal to a major fraction of the width of his thumbnail, held at arm's length, and viewed with one eye closed. He stated that the object moved at an extremely high angular velocity, passing generally from his right to left, as he faced east.

As was the case with Witness #1, the object passed behind tall conifer trees to the east of Witness #2, providing him with a good reference as to the object's apparent position, both azimuth and elevation. Witness #2 emphasized how fast the object was moving across the sky. He indicated that he had never seen anything move across the sky that fast.

The witness reported that the sky was clear, and no clouds were evident. Witness estimated he observed the object for 3 to 5 seconds.

The difference in elevation between both witnesses was not measured, but its is estimated to be not more than 200', and therefore is insignificant.

We may take similar readings from other witnesses in attempt to corroborate the above findings. We are hoping for more reports.

1) Based on the GPS measurements, the distance between both witnesses was 20,329'.

4) Over the range of sighting by both witnesses, the object was coursing on a heading of approximately 350° to 360° (true).

Error analysis is not addressed in these calculations. However, Mr. Frost comments that he believes that the most critical angle, from the standpoint of creating large amounts of error, is the estimate by Witness #1 of the angle of elevation at her initial sighting. He estimates, in rough figures, that an error in that reading of 20% could affect the calculations.