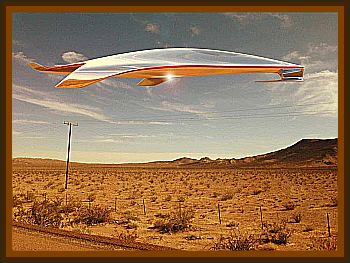 I saw a white/orange flickering bright small light a little above the horizon in north direction outside my window in the morning when I was in laying in bed.

The first thing that came to me was, is it a helicopter, because after seeing it hanging still, it was straight coming my way. Then I was thinking it must be an airplane, than it must be a very fast airplane, military fighter.

As it got closer it went sideways and looked like a very flat orange shaped disk flying at an incredible speed passing by.

I realized it a second later, yes, to late, walking to the window to see something more of it, because there was no sound.