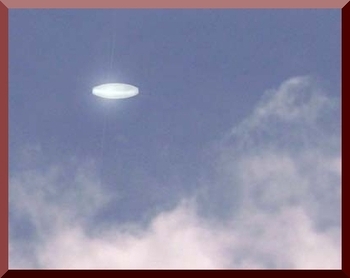 I saw a metallic oval shaped UFO and it was moving fairly quickly.

It flew in from the western sky and was gone in about 2 minutes. The object was not a conventional aircraft.

I don’t think it was mistaken identification. I wouldn’t post false sightings.