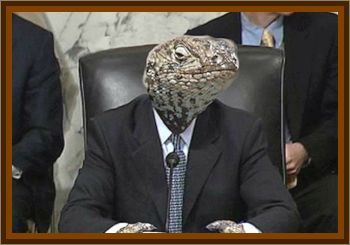 If, in fact, the top secret federal government entity in charge of controlling information about the extraterrestrial reality is itself being controlled by aliens, that would help explain why the government is reluctant to release any data related to the phenomenon. U.S. citizens began reporting Unidentified Flying Objects to federal, state and local authorities in 1947, but ever since the beings piloting these strange flying machines have done a stellar job of keeping their operation secret.

Alien abduction accounts began to surface in the 1960s, but again, the extraterrestrial entities responsible have been able to keep irrefutable proof of the stories reality from the general public. For years, some UFO researchers speculated that certain U.S. government officials deliberately withheld information from the public, and for various reasons.

Noted ufologist Stanton Friedman stated during a 2002 interview that the technology behind flying saucers is perhaps what is most important to governments.

The first country to duplicate the ability of flying saucers to move at very high speed and very slowly, to make right angle turns at very high speed, to move up and down vertically, usually with little noise or exhaust or visible external engines, will rule the planet, Friedman said, another reason why the government would withhold information about UFOs from the public is because of a concern that the other guy, meaning a different government, would figure out how flying saucers operate before it does.

The third problem for governments is political, Church attendance would increase as would mental hospital admissions. The stock market would go down. The biggest reactions would be a push from the younger generation for a new view of ourselves as earthlings instead of as Americans, related Friedman.

Canadians, Peruvians, Chinese, etc , I know of no government that wants its citizens to owe their primary allegiance to the planet instead of that government.

The fourth reason governments would withhold information about flying saucers, Friedman said, is because certain Christian fundamentalists have strongly expressed the view that mankind represents the only intelligent beings in the universe and that the flying saucer stuff is the work of the Devil. They (fundamentalists) would be up the creek without a religious paddle should an announcement be made, he said.

Friedman said the fifth reason to keep the extraterrestrial reality covered up is economic chaos would be the result of full disclosure. We earthlings don’t seem to be very good at large scale economic transitions, said Friedman.

But what if Friedman is wrong?

What if politics, a potential panic, a technology race, possible economic disasters, and the unknowns disclosure would have on Christian fundamentalists have nothing to do with the reason to keep the extraterrestrial reality a secret? What if aliens have infiltrated the U.S. government and other world governments and are pulling political strings from some unseen spacecraft outside of the Earth’s orbit or buried deep in some secret base under the sea?

The theory is not as far fetched as it sounds when one considers that the beings visiting our planet could be thousands if not millions of years more technically advanced than human beings. If these beings have the ability to abduct people in the light of day, do things to them in their spaceships, erase their memories and then set them back on their paths as if nothing at all happened, then what would stop them from doing something similar to federal government officials?

Perhaps disclosure of the extraterrestrial phenomenon would have occurred by now if humans rather than aliens were the ones in charge of releasing the data?

A decision could have been made behind closed doors years ago that information related to extraterrestrials is to be given to the President of the United States only on a “need to know” basis. Many ufologists believe there is a secret agency within the federal power structure that specifically deals with the UFO phenomenon.

If that is true, then what if alien beings have somehow infiltrated this group, perhaps unknowingly to the members, and now have it under their control? When one considers all of the information out there now on UFOs and extraterrestrial visitors in books, magazines, and television programs, the notion of our government being controlled at least partially by otherworldly creatures sounds less and less silly.

Polls indicate that most Americans believe UFOs are real and that the government is involved in a massive cover-up. With that in mind, it makes no logical sense to continue the cover-up. Why not put everything on the table to confirm what everybody already believes?

The answer could have more to do with what ET wants than what anybody working for the federal government wants.