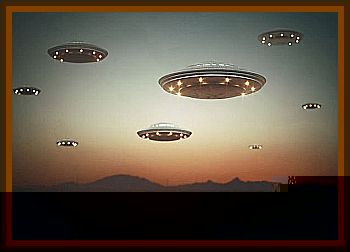 In the elevated areas of Algiers were I then lived, and have been ever since pondering about this extraordinary technology.

I was playing soccer with my brother and practicing head passes, next thing I see are these large bright objects in the sky moving together. They flew as a matrix like unit with the back row crafts moving at right angles to come to the front of the fleet.

Each craft in the back row would exit the back row to the left or to the right depending on which edge of the fleet it was closest. Their maneuvers were done at very very high speed, seemed like a cartoon. And when they were all reset to lead in the front row, the newly exposed last row would repeat the process. And it went on and on.

The acceleration was absolutely amazing, especially when going at right angle to suddenly get in front of the fleet to reset their speed at the constant speed of the fleet.

A very very quiet fleet, noo noise at all. I was lucky to be able to observe them as they flew from the west to the east.

Other things that were extraordinary was the small blue flame they had at the back of each craft, as if it was generated from propane, the flame was blue and had a shape that was as perfect as the pilot flame you see on your gas stove.

The luminous orange color of the crafts did not have an identifiable source. No other lights were present. They also looked flat, but they were overhead and not close enough to see any side of them.

These objects were rectangular with rounded corners, moved at a good speed. It took about 2 minutes from the time I saw them overhead to when they disappeared behind the eastern horizon obstacles, buildings, trees, hills, long enough time for many people to observe them, and many have actually.

This includes the observatory of Algiers that announced it in the national newspaper the day after, they too observed it, and they are located 2 miles east of where I was, on top of the hill.