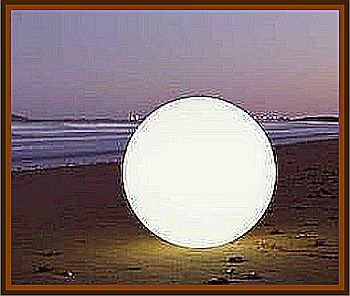 On New Year's Day 1254, In St. Albans, a scribe wrote of a glowing floating light, thus recorded it:

In serene sky and clear air, with stars shining and the Moon 8 days old, there suddenly appeared in the sky a kind of large ship elegantly shaped, well equipped and of marvelous color.

As it was New Year's Day, there were multiple witnesses to the event, the monks were at the church as part of the celebrations.

The ship hung over them silently, with one describing it as seeming to paint the sky. The incident was recorded by Matthew of Paris in precise detail, right down to the fact that the Moon was 8 days old and that the night sky was covered with stars.

The ship eventually climbed into the sky without incident. It was theorized afterward it had most likely had been a cloud, as it appeared to dissolve and disappear. It's possible that Matthew's account may have been a bit more imaginative than others, although there is no doubt that something was witnessed.

A similar experience also occurred in 1290 at Byland Abbey in Yorkshire.