I Was Watching One Satellite Cross The Sky 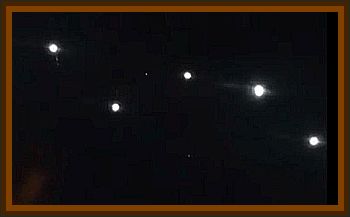 I was waiting outside of work for my boyfriend like I always do. It was an abnormally clear night with little if any at light pollution. I have made a habit of staring at the stars and identifying the constellations as well as other bodies in the sky.

Next I noticed the 2 satellites I had been watching were about to intersect with this falling object. Then there was this flash of light. The light and the falling object where white then quickly exploded into a blue color then it was gone. Just as fast as it had appeared.

The satellites that I was previously watching continued on their course across the sky. I am not sure what I saw, all I know in the time I have spent staring up at the sky this was the first time that I wasn't sure what I saw.

All I know it was not a falling star, nor a meteor. I have witnessed both, as well as planes and other objects this was different.

It was 3 objects, 2 being white like a falling star the other being blue. Not far from the Big Dipper in the sky.