Abducted by Aliens in Australia 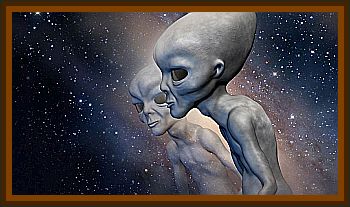 The witness recalled, partly under hypnosis, being abducted by several short beings with large eyes, a slit like mouth, small nose, no ears, and huge heads.

They wore elastic style body suits and seemed to glide above the floor. The beings communicated telepathically, informing the witness that they had come from a dying planet and that they were having difficulty in their reproduction.

She was later examined and something resembling a long thin needle was inserted into her left ear.

Onboard the object she met a being that apparently attempted to camouflage himself as tall and handsome & man like. She also saw a group of old men who resembled a group of Greek philosophers.