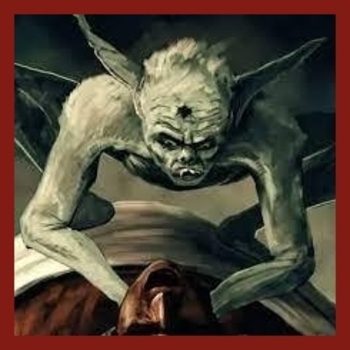 My name is Credo Mutwa. There are things that fly through the night that you call UFOs, which we in Africa call Abahambi Abavutayo, the fiery visitors.

Long before they were heard of in other parts of the world we, the people of Africa, had contact with these things and the creatures inside them.

I can only speak with certain constraints because we are not allowed to talk in detail about these sacred things, or else the star ships will stop visiting us.

There is a creature called the Mutende-ya-ngenge, the grey or white creature with a large head, whose face is chalk white with large green eyes that go around the creature's head, so it can look at you over its shoulder.

The Mutende sometimes captures human beings, cuts them open, then closes them up again and makes them forget what has happened. This is only discovered if the person is put into a trance, then he remembers.

I was once abducted myself, by fellows like little dolls. They paralysed me, then painfully examined me by sticking instruments up my nostrils. A female creature seduced me but it was very cold and unpleasant, a feeling of being violated. I then found myself back in the bush, and when I approached my village all the dogs tried to attack me and I had to be rescued.

I then learned I had been missing for 3 days.

There are many creatures who are watching over us curiously, and I think they are regulating our development for some reason.