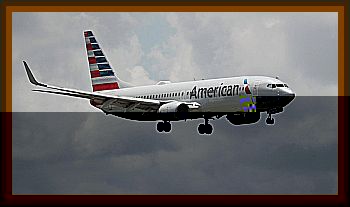 Pilots of an American Airlines jet flying over New Mexico say they saw something fly directly over them that they cannot explain.

The strange encounter happened over the northeast corner of New Mexico west of Clayton, NM as the jet was cruising at 36,000' traveling around 460 mph.

The unidentified flying object sighting was documented by the pilots when they radioed the Albuquerque Center.

Do you have any targets up here? the pilot asked.

The jet was an American Airlines Airbus A320, flying between Cincinnati and Phoenix as Flight 2292.

We were able to get a couple statements from American Airlines about the incident.

The first statement did not confirm the encounter:

At this time, we do not have any indication the radio transmission was from the flight crew on board American Airlines Flight 2292 on February 21, 2021.

However, a second statement had a much different tone:

Following a debrief with our Flight Crew and additional information received, we can confirm this radio transmission was from American Airlines Flight 2292 on February 21, 2021. For any additional questions on this, we encourage you to reach out to the FBI.

The description of a missile like object the pilot gave over the radio also lines up with another encounter the U.S. Navy had that is now commonly known as the Tic Tac encounter in October 2004.

The Tic Tac object was described as a long cylindrical white tube able to make maneuvers that even the military’s most advanced jets could not do.