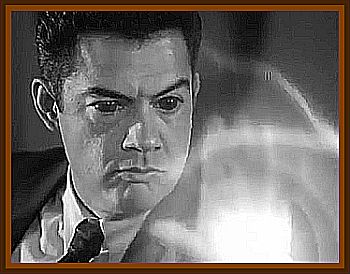 In Louisiana, somewhere in the northeast of the state, at around 3:00 a.m., while keeping himself occupied with busy work, the attendant would be plunged into total darkness.

The power had gone out, probably due to recent high winds in the area, he thought.

Using his phone as a light, the attendant would locate the backup generator, flicking it into action. The main court of the station and the till area now had limited, but adequate lighting. It was then he became aware of three strange children on bikes at the edge of the court light. Two of them came to the door and stared in at him.

Finally, one of the children, a young girl, asked to use the phone. He went to hand her his cellphone to which she replied:

No, I need the real one.

As she did so, she motioned to the landline on the wall of the shop, and so revealing eyes that were completely black.

Sensing danger, the attendant refused to let the strange children in. They remained motionless at the door, continuing to stare in at him. Then, without saying a word, they turned and rode off on their bikes. Whether coincidentally or not, shortly after they dispersed, the power came back on.