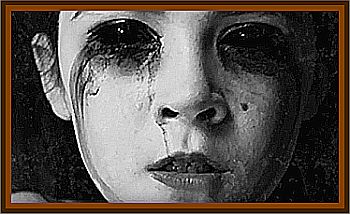 I am a 50 old man who lives in Cincinnati, OH. I work as a real estate broker and spend a lot of time around people.

I have never seen anything like the kids I met to show around an apartment six months ago. An apartment came free to rent in a good part of town. I had shown it to several people, but had one more appointment to see that day. I was waiting just inside the doors of the complex when I saw two kids walk up to the apartment building.

Even though it was a sunny day I knew as soon as I saw them that I was not going to let them in. One of them was young boy of about 17 or 18. He knocked on the glass and stared at me. I stood absolutely still and said nothing. He asked me about an open apartment for rent.

I have never felt like this before in all the years I have done this job. I could not look him straight in the eyes. I felt like I was about to die. My instincts told me this.

I noticed a third kid was walking up behind them with a bicycle. The two boys standing on the other side of the door did not move toward me or anything, but he was just waiting for me to invite him in or take him to the empty unit.

Now, some people may think that I was just over reacting or something, but the eyes were completely black, like there was no real pupil. He spoke normally to me, but I had to just step into the apartment building office to my right. I had to get out of his face and get as far from him as I could. I felt like I was in extreme danger.

Only because of the eyes. I think if I had looked any longer into them, I would have not been able break his gaze.

I shook for several hours after that. I called my daughter at work and told her about it. She told me about the black eyed kids.

I am still afraid of that image of his eyes.