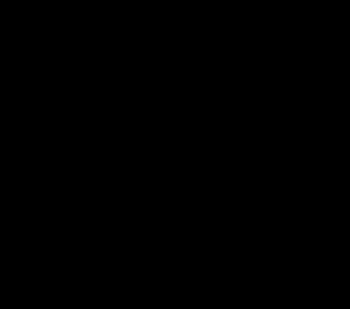 I just need to tell someone about this. Back in September of last year, my girlfriend and I were staying at a hotel in Atlantic City. It wasn't a large hotel/casino, but it was a nice place regardless.

It was early Saturday morning. We were awake and hosting another couple from Phildelphia, sharing stories and enjoying each other's company. Well, at about 2:00 a.m., we realized that we were out of beer and we really didn't feel like calling it a night. My girlfriend told me that there were a couple of bottles of sparkling wine in the trunk of the car. So she tossed me the keys and I made my way out to where the car was parked.

The parking wasn't very convenient at this hotel, so we had ended up parking in a spot off on a side street over a block away.

I could hear the noises coming from a club down the street.

But as I walked to the car, I found myself feeling unusually alone. I turned down the street to where the car was parked. The air was very heavy, misty with drizzling rain, and the street lights reflected on the wet sidewalk.

As I reached the car and unlocked the trunk, I heard this voice call out:

I was very startled, and I quickly turned around to a teen boy who was gazing at me from just a few feet away. I was really unnerved, and I jumped back and said something like: Man, you scared the shit out of me.

This boy just kept looking at me unfazed. He appeared to be 16 or so, wearing old faded jeans and a dark hoodie sweatshirt.

Then I noticed that his eyes reflected the light from the street lights and were completely black.

I thought that he may have been on drugs, causing his eyes to dilate. But he didn't seem to be high, and appeared calm and sober.

Regardless, I was totally alarmed by this encounter.

He then said: I'm lost and tired. Could you give me a ride to my mom's house?

But this kid didn't look tired or worried at all. It was almost like a predator leering at it's prey, and I was beginning to feel fear.

He started to move closer to me. I immediately broke eye contact from the boy. It wasn't easy to do. His eyes were compelling, as the deep cold blackness sought my attention.

I sensed a venerable energy trying to control me. I backed off, and stepped up onto the curb.

I uttered: No…I can't, I have friends waiting.

I kept looking down. I didn't want to look at his black eyes, feeling like an insect in a spider's web.

After a few seconds, he responded: OK, never mind. Here come my friends.

I looked up and past him. There were two young kids about a block away and they were walking in our direction.

Then I noticed that they weren't walking, that their legs weren't moving. They hovered a few inches above the sidewalk and were floating towards us.

I freaked out and quickly turned around to run. As I did so, I heard a horrifying groan behind me.

I ran faster than I ever thought was possible, directly towards the hotel. I felt like they were right behind me. I had the painful sensation of something clawing at my back, a feeling I will never forget. It was pure terror. When I reached the entrance to the hotel, I looked back and found myself alone. I continued moving quickly, not stopping until I was back in my room.

My girlfriend and the couple were startled to see me panting and bending over in pain.

They asked: What happened? Where's the wine?

I collapsed onto the couch and didn't speak until I could catch my breath. I never told them what really occurred, only that some thugs tried to attack me. I no longer felt like playing host and I told my guests that I wanted to call it a night. I didn't sleep a wink that night, fearing that these black eyed kids would find me.