A Kid Walking The Street 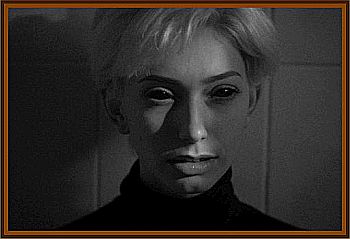 Jim Stills stood in the parking lot in front his brick apartment building in Massachusetts. He soon found he wasn’t alone.

At night, I usually go stand outside to have my cigarette, Jim said. I noticed that there was a kid.

The kid was about 12 to 16 years old. Each night Stills noticed the boy walk down the street toward him, his gait was unusual. I’ve lived in these buildings my whole life, and I’ve never seen this kid anywhere, he would show up around 10 o’clock at night and walk slowly at a sluggish pace along the main road, Stills stated.

The boy would move from one building to the next, checking doors.

It was enough to spook me, so I stopped going out front at night. But he still looked for him. Staring out his widow, Stills would see him night after night, slowly pacing up and down the street until about 3:00 a.m.

Eventually Stills forgot about the boy, and one night went outside for a smoke. What he saw terrified him.

Standing right next to my door was the kid, Stills said. Standing and looking at me, asking if I could buzz him inside the building.

The boy’s face was covered by his hoodie, but Stills saw his eyes. Totally black, not a single drop of color anywhere.

Stills told the boy he couldn’t let him inside and bolted back inside the building, making sure the door was locked behind him. I had this overwhelming feeling of absolute terror in my body, I didn’t sleep and occasionally looked out my window to the boy pacing along the road. I haven’t seen him in months now, but I won’t sit out front at nighttime anymore.