I Let Them Into My Home 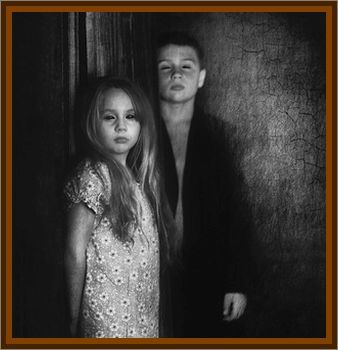 In January 2016, reports went around the internet of a woman who had let black eyed children into her home. Further to that, she believed in doing so, she had exposed herself to something that is making her ill.

As a blizzard continued to pound Vermont and the surrounding area into the early hours of the morning, a loud knocking came at the front door of the unnamed woman's home. The knocking continued, and believing someone needed help due to the storm, her husband opened the door.

In front of them both stood two children, a boy and a girl, neither older than 10 years old.

They immediately invited the pair into the house.

She told them to sit and get warm in the living room while she prepared some hot chocolate for them. When she asked what they were doing all alone so late, they replied only:

Our parents will be here soon.

It was as she handed each of them their drink that she could see their eyes were black. As if someone had placed two pieces of coal where they should have been.

Unnerved but attempting to remain calm, she directed them to the bathroom at their request. It was then that all the lights went out. At the same time, the woman's husband's nose began to bleed heavily. All the while, she could see the children stood at the end of the hall, watching her.

Suddenly, headlights shone through from the road outside, and a strange black car drove up. The children claimed their parents were here, and rushed outside and into the car. It then drove away, leaving the pair alone again, but terrified. Both have claimed to have suffered from extreme ill health since the encounter.