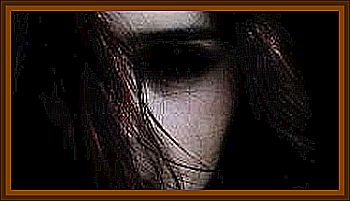 Imagine, it's dusk and you've just begun to settle in for the evening. Your solitude is interrupted when there's a knock at your door. It's a long, continuous rapping, almost maddening in its insistence.

Answering the door, you find a young child of about 10 years old. He stands quietly in a hooded top and jeans, staring at his shoes. What you see of his face is very pale and for some reason you can't put your finger on, he makes you nervous. In a cold, monotone voice, he requests that you invite him in.

You look around, wondering where his parents are. You ask if he's lost, or needs help, to which he responds:

Just let me in, this won't take long.

You start to back away but for some reason. You're conflicted. You feel stuck between running and simply opening the door and asking him to step inside. It is, after all, only a child isn't it?

That's when he looks up and makes eye contact with you, revealing large solid black eyes that are unlike anything humanly possible. Your unease gives way to outright fear.

Your flight response kicks in and you dash inside, slamming the door and bolting it as quickly as possible. You're shaking from fear and you say a silent prayer that the boy will just go away.

What exactly are these strange beings? And what is their bizarre connection to the infamous Men in Black?