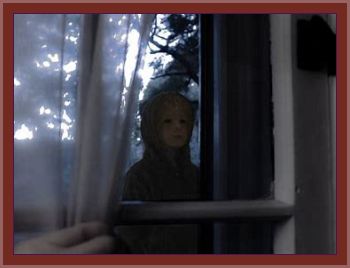 This happened to me just few days ago, so everything is still really fresh in my memory. I am living in Edinburgh, Scotland for last six years and really can't think of anything as terrifying as what happened to me in January, 2013.

I was walking back home after a day at work. On the roundabout I said my goodbyes to my colleague and went home. I had an early night planned because I was working the early shift the next day. After a short time, I was cuddled in my bed with a Runners World magazine to read.

At about 11:00 p.m., I felt tired, switched off the light, and went to sleep. I woke up two hours later because I heard some strange noises near my front door. At first I thought that it was my flatmate coming in, but it was far too early for him to be back from work.

The next thing made me jump out of the bed. It sounded like someone was trying to force entry into my flat. I grabbed my mobile, just in case I had to call the police. I ran to the kitchen to check who was at the front door. The only problem was that there was nobody there, and I still could hear the noise. I locked the doors up and down again and left the key inside, just to make sure that nobody could get in, and I went back to my room.

I always sleep with the curtains open because I like a moonlight falling into my room, only this time there was no moonlight. There were three children outside my window and they had totally black eyes and pale looking faces. I felt an absolute and overwhelming sense of terror.

I think they were all about the same age, but sensed they were very, very old.

It went on for the next couple of hours and I don't really know whether I finally fell asleep or they departed.

What I know is that I woke up absolutely drained of energy. I can't stop my thoughts from going back to that night, and I was praying that this will never happen to me again.