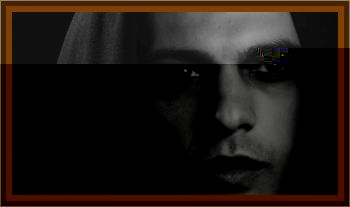 My first encounter with this being happened when I was about 8 or 9 years of age. I'm 31 now. I used to live on the 3rd floor of an apartment building with both my parents and my 3 siblings.

I remember it was night time. I went to my bedroom which I shared with my younger sister. As you enter my bedroom the first thing you see is a window.

I remember looking at the window from where I was standing. There was a man with black hair that was floating outside my window. My sister saw this as well.

The being placed his hands on the outside of the window and he had a strange smile with fangs on his face.

I heard him say in my head: Let me in

He repeated this over and over again. My sister and I just stared. We can't remember what happened after that.

The second encounter that I had with this being was through a dream.

I always write my dreams down.

I dreamt that my mother and other members of her church were looking and pointing at this strange bird that landed on a tree. The very large bird opened its wings and spread them wide open. Everyone stood in awe. The bird had large white wings with blue ruffles on the ends.

In this dream I was in a room that was a few stories above the ground. I wanted to see what the commotion was outside so I opened my window.

All of a sudden the creature flew from the tree and came inside my room through the window. He had black hair. He looked human but I knew he was some kind of vampiric creature. I noticed two strange hole markings on his neck. In my dream I knew he wanted me to come with him. It's like he wanted me for himself. Like he was trying to seduce me. I woke up soon after that.

I had woken up for some unknown reason. I was trying to fall back asleep, when I felt like I entered a trance of some sort.

I saw myself going to my window. When I looked outside I saw a strange man walking in my driveway. He had black hair and black clothes on. As soon as he saw me he sort of flew towards my window and floated there.

He again asked to be let in.

I looked over to where my husband was sleeping and then I looked towards the being. I was curious. I opened the window just a tiny crack when he quickly grabbed my hand. I remembered how his hands had long finger nails.

As he grabbed my hand, he told me how he had something for me and that he would place it outside in a small jewelry box. He said it was a necklace that had a round and orange colored stoned as the pendant. In a moment the being was in my room. He took his hand and reached down to grab my hand from where I was laying in bed and literally pulled me out of my body. I felt strange vibrations all over my body. I saw myself hovering over my body with him. We were both floating in the air.

He was trying to caress me with kisses. We were dancing in this strange place. I knew that he was some kind of dark being. I felt like he was vampirish somehow. He said that we must dance the dance of death. I can't remember anything after that.

I don't know who, or what this being is.

I've had had other encounters with him but they are just too weird to even describe. Sometimes I feel that it's my mind playing tricks on me. I feel so compelled towards him. Like there's something about him. And the other encounters that I've had with him in my dreams he revealed some weird information.

When I asked him what he does he answered: I roam. It's both a blessing and a curse.

He also told me that he's not going to hurt me. If he wanted to he would have done that long ago.

I know he's some kind of vampire creature. I don't know what he wants with me. I cannot shake his eyes. They are all black with no white in them whatsoever. I have been reading a lot about the Black Eyed people and how people become terrified of them, like fear overtakes them. I'm not afraid of him. I'm just curious and strangely allured to him. Don't know why.

And now he comes to me all the time. He just appears in my house. He talks to me in my head. He tells me that it's time I knew the truth. That it's time I remember who I am. And then he says that whether I like it or not that I am one of them. What does he mean by that?

He tries to seduce me all the time. When I'm alone in the house he comes and embraces me from behind, kisses my neck and then plants seductive images in my head. What is going on?

I don't feel any evil whatsoever coming from him. When he appears or when he talks to me in my head I feel that I'm just seeing things. I try to tell him that I'm not like him and we end up having a conversation about it.