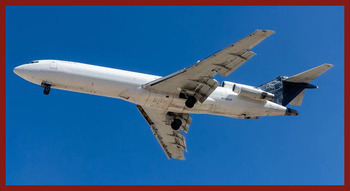 7 years after her brother disappeared, Benita Padilla-Kirkland is trying to persuade the FBI to re open his case. She believes she has the new information agents told her they require. But she suspects that the agency already has more information than agents will admit to.

Kirkland's brother, Ben Charles Padilla, a certified flight engineer, aircraft mechanic, and private pilot, disappeared while working in Luanda, for Florida based Aerospace Sales and Leasing. Shortly before sunset, Padilla boarded the company's Boeing 727-223, serial number 20985 & tail number N844AA. With him was a helper he had recently hired, John Mikel Mutantu, from the Republic of the Congo. The 2 had been working with Angolan mechanics to return the 727 to flight ready status so they could reclaim it from a business deal gone bad, but neither could fly it.

Mutantu was not a pilot, and Padilla had only a private pilot's license. A 727 ordinarily requires 3 trained aircrew.

According to press reports, the aircraft began taxiing with no communication between the crew and the tower, maneuvering erratically, it entered a runway without clearance. With its lights off and its transponder not transmitting, 844AA took off to the southwest, and headed out over the Atlantic Ocean. Neither the 727 or the 2 men have not been seen since.

Had something happened to make Padilla take that desperate chance? Or was someone waiting inside the airplane? Leased to deliver diesel fuel to diamond mines, the 727 carried ten 500 gallon fuel tanks and a few passenger seats in its cabin. Less than 2 years after the 9/11 terrorist attacks, the 727's freakish departure triggered a frantic search by U.S. security organizations for what intelligence sources said could have been a flying bomb.

Retired U.S. Marine General Mastin Robeson, commander of U.S. forces in the Horn of Africa when 844AA went missing, says word of the 727 came up through the intelligence network. According to Robeson, U.S. Central Command, CENTCOM, considered moving U.S. fighter aircraft to Djibouti on the Red Sea coast, where the Combined Joint Task Force shares a base with the French military.

Speculation that the theft of 844AA posed a terrorist threat ended, though it's unclear why. Perhaps National Geospatial Intelligence Agency technicians saw signs of a crash in satellite imagery debris, or an oil slick in the Atlantic, for example, or evidence that a large aircraft had landed on one of a 6 unpaved, 8,000' runways in the Congo, north of Angola. Agency spokesperson Susan Meisner would not comment, saying that the NGIA was not the lead agency in the case. A CIA spokesperson also declined comment, as did a spokesperson from the Department of Homeland Security. FBI agents also refused comment, citing national security concerns. Perhaps the speculation ended more gradually, after weeks without clues or sightings stretched into months. The disturbed hornet's nest of a global security alert, the searches, bulletins, and interrogations quieted, and in 2005, the FBI closed its case.

It really was in beautiful condition, Keith Irwin says of the airliner he acquired in Miami in February 2002. Irwin, 57, a South African entrepreneur who ran a series of information technology companies and, until 2000, a small tourist airline with flights from South Africa to Mozambique, had come to Miami to pick up a different aircraft altogether. Representing a joint venture with a South African company called Cargo Air Transport Systems, Irwin had arranged to lease a 727 and 2 flight crews, and pilot, first officer, and flight engineer, for a year. The air transport company had signed a contract to supply fuel to diamond mines in Angola, where a long civil war had made transporting goods by road almost impossible. The 727, therefore, was to have been delivered with fuel tanks installed in the cabin. The joint venture was backed by a single investor, who had deposited $450,000 in a U.S. bank. Irwin's job was to manage the flight operations, but the deal for the airplane fell through. Irwin ended up with fuel tanks and no airplane.

That failure stranded 6 crewmen who had assembled in Miami. The guys then were desperate for work, says Irwin. Most of those guys had not flown in a long time because of the 9/11 story.

I said: Look, I can take you on if we can find another aircraft.

New deal: Joseph sold 844AA to Irwin for $1 million and change. According to his records, he received a down payment of $125,000, and says he stipulated that the balance be paid within 30 days. He agreed to remove the passenger seats from the cabin and to allow Irwin to take the airliner to Africa. Irwin says he cannot remember the details of the agreement, but recalled it to be a lease arrangement. In any case, the joint venture made only 2 payments and defaulted.

Though the 2 men now differ over the terms of the contract, they agree on one detail:

As a condition of the agreement, Irwin was required to take along one of Joseph's employees, Mike Gabriel, whose job was to make sure that the deal was concluded.

I gave Mike $10,000 and told him to fly with them, says Joseph. Stay with the plane till you get the money, and then come on home, and if not, bring the plane home.