Close Encounter of the Third Kind in mid 1980s 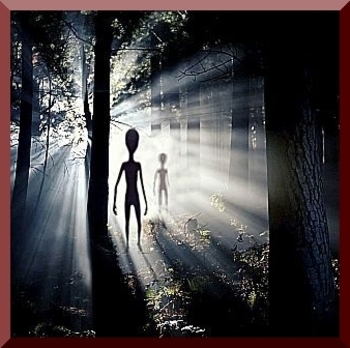 I decided to send in my story for a couple of reasons.

First, because I almost died from a major heart attack last year that required triple bypass, emergency surgery on both lungs and kidney failure. I am still recuperating to this day.

And second because I know what happened that night was real and I feel that it should be remembered and put on record.

Please forgive me, I am not a writer and will do the best I can with telling what I remember as it was a long time ago. Dates and times are approximate but the experience is well remembered.

This incident happened around midnight or a little later in the morning in 1984 0r 1985.

I remember being awoken by sounds that seemed like they were coming from the kitchen. Of course I was startled and did not know if maybe one of my young sons were in the kitchen or if it was a burglar. Also, I wasn’t sure what the humming sound was that I was hearing and decided I needed to get up and investigate.

As I was going to pull back the covers to get out of bed, It was then that I realized that I couldn’t move. I was frozen as if I was paralyzed from head to toe. I tried to turn my head to wake up my wife. I couldn’t turn my head or even call out to her. I couldn’t even speak.

The only thing I could move were my eyes, so needless to say, I was pretty much terrified at this point.

We kept the vent light on above the stove so we, and our oldest son, could see and be able to get down the hallway to the bathroom at night.

As I was laying on my back and looking at the light shining on the hall wall, I noticed shadow movement that made me realize that someone, or something was in the kitchen and moving down the hall toward our bedroom. Our sons bedroom was directly across the hall from ours.

At this point two of the beings walked to my sons opened door and looked in, without turning on the light, and one came into our bedroom. They were about 4' tall and looked like the grey ET’s that I’ve seen as described on TV since this incident.

Then one who looked similar to the other 3, except was about a foot taller, walked in followed by the 2 that were at my kids door a minute earlier.

Even though I didn’t hear anything except for the continued humming noise, it looked to me like they were communicating to each other and even using hand motions to each other.

After moment of this, one of them walked to my left side, one to my right side and one to my feet. The taller one stayed back by the bedroom door. They held something like a scanner, about the size of a cell phone, holding it a couple inches above and went up and down my body, including my neck and head, for maybe a minute.

The last I remember from that visit was the 3 shorter beings following the taller one out of the bedroom and down the hall.

The next thing I remember was being awakened by the alarm clock to get ready for work at daylight.

Of course the first thing I wanted to do was ask my wife if she remembered anything that happened the night before but she was still asleep when I left for work. And though I wanted to, I was too scared of what people might think of me to tell anybody at work about what happened.

When I told my wife about it after work, she couldn’t and wouldn’t believe any of it.

That’s when I decided to keep it to myself. This is a true story and it happened!