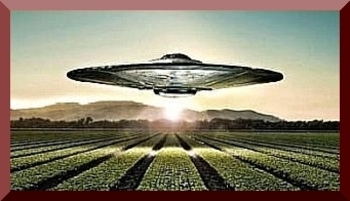 This is something I just came to terms with, a few years ago. A strange but interesting story, realized over 50 years later and totally worth the wait. I don’t know if this was a memory block put on me for 50 years ago so that it would be there when I needed it, or ?. What ever it was, it was not of this world.

I have had a few other sightings over the years, on my own and with other folks, up close and personal. I must say the realization of what happened all those years ago helped me to sort it all out.

Helped me to trust myself and the experiences I have had.

Three Hills in mid Alberta Canada was a very small seminary school town back in the 1950’s. The old Henry J, our car, up on blocks and 60 below zero temperatures more likely then not. Even some of the sidewalks had boilers under them. This wasn’t a place where a small child would last very long out side. It was very flat there, just Three Hills in the distance, train tracks and vast ice fields lay beyond our little sheep shed style apartments that the students stayed in.

There were 3 instances where I had missing time in the 2 years we were there, 1955 & 1956, this was just another one of them until I saw a small black and white photo of our little apartment and the field beyond it just a few years ago.

In 1955, I was walking home from kindergarten, alone. There was a small field with a beaten path just in back of our apartments and this ended at the far end of the apartments. Our apartment faced backwards, away from town so as I walked home the back of our apartments were visible not the front. There were just ice fields for as far as you could see on 3 sides with the smaller field at the back. There was a 3 story older grey house out that way, a little before the field, but this was not the house I saw.

I heard crying and in the middle of the little field behind the back of our apartment and standing in the center on the path was a small child. I looked up and saw a one story house at the end of the path, so I figured that must be where he was from. I went over, took his little hand and walked him down the path to the house. I walked up the steps and rang the door bell. I hadn’t ever seen a door bell before. A tall blond man opened the door, he was dressed in loose, seeming light clothing which was strange as it was the 50’s and very cold. Not anything I had seen before. He seemed very kind and I asked if the child belonged here as I had found him crying in the field. He said yes and thanked me and I turned to go home.

I had never left sight of the back window of our little apartment the whole time, but as I rounded the corner and went up to our door it was dark outside.

As I went inside my mother starting screaming at me. I told her I found a small boy and took him home, but she would not stop. I have no clue why she had a fly swatter, but she started hitting me with it, getting my hair caught. Of course I was screening too as I couldn’t figure out how she could be so mean to do this to me, just because I saved a baby. My Dad came out and slapped her to get her to stop and I heard nothing more about it. Of course I remembered that beating the rest of my life. It never made sense to me and I of course didn’t even think about it being dark when I came in the door.

That is until 2004 when I was going though some old photos. Someone had taken a picture of the train tracks cutting thought the ice fields. There was no house there. Never was, at least in the mid 1950s. And it’s much more understandable, not that it didn’t suck that my mother was freaked out, not because I had been a few minutes late in cold daylight, but because I had been 5 hours late and the sun was down. It was very cold.

As I said, this was one of 3, instances and of course the one I remember the most because of my parents reaction to it. I have always thought my Dad was a Star Child, he would die physically 2 years later on November 1957 of Leukemia.

By remembering the whole instance, it was like a fountain was opened up. Things I have learned in the past are coming in and finally making sense. It seemed to bring together all the other happenings through out my years. I have had a lot of information downloaded into my being throughout the years, sort of like a school for many years. Quite possibly this was my induction to that school?