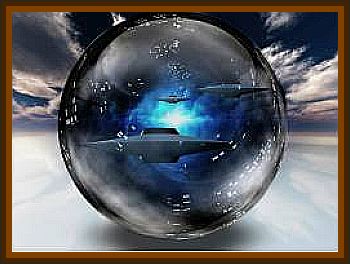 Not much to explain, but is much different, much earlier, than anything I’ve ever heard about UFOs.

Been trying, at times, to figure out whom to tell this to for many years. Looked to National Enquirer years ago. Asked them for an address to write to explain what we saw.

They gave me the address in photocopy, which was undeliverable. So forgot about it until a UFO presentation on TV tonight.

I have a computer, but am not very proficient at it, but found your address.

The letter I wrote in 1990 was returned and have never been opened. Is still sealed.

It was in open country ¼ mile from the farm in the afternoon about 3:00 p.m. or 4:00 p.m.. The sky had high overcast, no wind, very quiet. We were at an old gravel pit, checking for badger holes.

We heard a rushing sound which got our attention. Looking up, we saw the object moving from southeast to northwest.

They were out of sight in seconds. To me, they seemed to be perfectly round, black. I likened them to be like a bowling ball in size, very, very close, very low, had to be low to be able to hear the rushing sound, as they passed by, as low as 50', side by side, equidistant apart. Not quite overhead, but off to the west of us.

I am a private pilot, so I know a little more about cloud conditions. The clouds went much too high. They disappeared in a straight, ascending attitude. Ascending in about a 10° to 15° attitude. Was very slight.

That’s the story, for what it’s worth. Much can be said yet about it because we had nothing like this experimentally. Am quite certain, way back then. Didn’t even have much flying, yet.

Have not told my 88 year old brother about this writing.