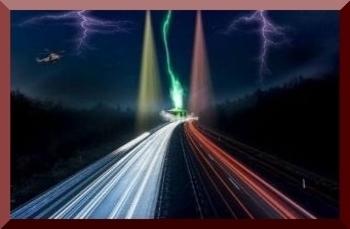 The 37th parallel north is a circle of latitude that is 37º north of the Earth's equatorial plane. It crosses Europe, the Mediterranean Sea, Africa, Asia, the Pacific Ocean, North America, and the Atlantic Ocean.

Some are as indicated below:

• Didyma, Turkey - The Temple Of Apollo At Didyma Or Didymaion.

• Mediterranean Sea - Sea Monolith, Possibly an Underwater Stonehenge style rock found in the Mediterranean may have served as a lighthouse 10,000 years ago. It was found 37 miles off the coast of Sicily. It sits within the ± one range of the 37th parallel.

• Mount Etna, Sicily - The borders of ten municipalities meet on the summit of Mount Etna, making this point one of the most complicated geopolitical multi-points anywhere in the northern hemisphere.

• Mount Nemrut, Turkey - notable for the summit where a number of large statues are erected around what is assumed to be a royal tomb from the 1st century BC.

• Nineveh Governorate, Iraq - Located at Mosul, one of the cities along the Silk Road.

• Qiemo River or Qarqan river, China - Travels through the Xinjiang Uyghur Autonomous Region of the ancient Uiger civilization. Uiger is claimed to be the primary colony of Mu.

• Seville, Spain - A high concentration of UFO activity in Seville, as well as the year 1968 peaking the highest amount of UFO sightings in Spain and Portugal, was reported in the Vicente Olmos 1976 UFO catalogue.

• Virginia earthquake on 08/23/2011, occurred at the Central Virginia Seismic Zone.