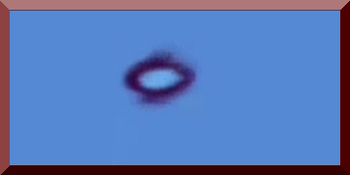 So, I'm a student. I got out of class sometime after 9:30 p.m. and I hit the interstate. I got on Ashley Phosphate, took I-26 West to get off on exit 205A. As I'm going down the road, I see this bright light. It was just a small circular light. I assumed it was an airplane. It approached, like one. I like planes so I was watching it, waiting for it to pass over me, but instead it stayed in the distance. I found it odd, about 2 minutes passed and I watched it slowly make it's way over to the left side of the interstate and it descended into the trees.

I was so confused, because the only airport I know of is the one all the way back after exit 212.

Right as this plane descends, I see another one. This one has 2 lights on each end. Different colors. I automatically assume that it's a helicopter. It slowly makes it's way over the interstate and then it pauses too. I put on my glasses and watch it slowly descend into the trees about a mile away from the first one. I was so confused, if these were helicopters, why were they landing in that area? I'm not too familiar with the area but I knew there was no landing spots there. So just as I see it disappear within the trees. I see another as I'm passing by the signs saying 205B is coming up.

This one, it wasn't really moving. I stared at it all the way to my exit. It was close to ground. I couldn't make out the object at first, but once I came up to the exit, it was directly above me man. It had very dim lights on it. Now at this point UFO was going through my mind. The craft looked so odd. I was eyeballing this thing hard as I drove around the loop and came up on University Blvd. I rolled down my window just to listen, to see if it made any sound. It was so quiet. I watched this thing hover from my right side over to my left side. As I was coming down the hill, a car pulls full of boys are passing me, and I watched the guy, the passenger, and he screams:

And they take off. That made me feel better because I knew I wasn't just seeing things. It's pretty high up in the air, but it was so close. I'm not good at describing distance so I can't tell you, but as I was driving down that hill to get to Ladson, I was in sync with the object.

It was getting lower and lower to the ground. I get to the light, turn left on Ladson, and I'm going as slow as I can, just keeping up with it. I'm going about 15 mph on a road with a speed limit of 45. And I follow it to Ladson Elementary School. It was right there. It wasn't in the street, but it was hovering over the parking lot of the school. It had these strange dim lights that looked so out of place, and the object moved so slow in mid air. I could see it's shape now, as it slowly shifted from horizontal to vertical. It was a saucer. Just as it did that, it spit something. It was like a tiny pill shaped object that had a white glow to it. It was big enough for me to see.

Right after that I hauled ass. I got so emotional and so scared. As I'm getting to my friend's house, I see military planes in the sky, going towards the direction from which I came.

I arrive to her house and I bolt to her door and I think I see a drone or two flying over her neighborhood. I'm so freaked out. I knock on her door then just barge in, I was too scared to stay outside. I went ballistic and was telling them what happened. They look outside and see the drones. We stayed there for about 20 minutes before leaving again. As we're getting in the car, a light in the sky is coming our way, it looked like the first flying object I saw, but it revealed itself to be a plane. But this plane was scoping. It was cruising through the sky. And when we left her neighborhood and went back up Ladson, I watched these huge trucks pull into the back of the school, and then the cruiser plane flew across the street.

We go to the gym, work out and leave. We go back to Ladson. It's about 12:40 a.m. when we get to the light to turn onto Ladson. That plane was still in the sky scoping and those trucks were just leaving the area. I go home. I couldn't sleep. I needed the lights on to sleep. Ha-ha. It really sucks you know. I wish I didn't see that I mean. That was cool, really cool, but overwhelming. I just want to know the truth, but I guess it's better to just mind my business.