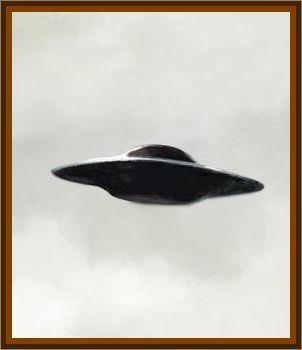 Just 4 years after the disputed UFO crash near Roswell, NM, a Teletype message arrived at Wright-Patterson Air Force Base in Ohio, addressed to a member of the USAF intelligence brass. It related that Roy Messmore, chief aircraft communicator at Terre Haute’s Hulman Municipal Airport, had joined the ranks of those who now believe in flying saucers, after he saw a huge metallic object speeding across the field.

Air Force intelligence ordered an immediate investigation and discovered that a pilot flying over nearby Paris, IL, had separately reported a similar sighting only 3 minutes later.

An official report concluded that what the men saw may have been jet aircraft observed when the reflection of the sun may have distorted the aircraft in the eyes of the observer.

J. Allen Hynek, an astronomer and pioneering UFOlogist known for introducing the close encounter classification system, described the incident as:

One of the rare cases in which observers in separate localities saw the same UFO at almost the same time.