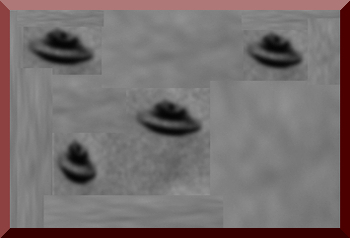 Objects were observed singularly with exception of 2, and at intervals of approximately 20 minutes. No aerodynamic features were noted. No trail, exhaust, or visible propulsion system was noticed.

Speed estimated but observer stated, that with the exception of 1 object that moved slowly, the speed must have been 3 times as fast as a prop driven aircraft.

An aircraft passed under the fourth object with no apparent reaction by plane or object. Object disappeared by vanishing suddenly, like an extinguished light.